AUSTIN, Texas — It has long been known that the earlier a baby is born, the higher the risk of death or serious disability. Approximately one in 10 babies are born too early in the United States every year. In a recent study, researchers investigated one source — the vaginal microbiome — to look for solutions.

The vaginal microbiome, or the microorganisms that colonize the vagina, can be protective or damaging to a woman’s health, and vaginal microbes play an important part in maintaining a healthy colony. Over 250 species of bacteria have been detected in the vagina using genomic sequencing. Lactobacillus species, particularly Lactobacillus crispatus, dominance in the microbiome is generally associated with clinically healthy status.

Earlier research of the gut microbiome showed that some types of bacteria are heritable or can be passed along in families. A study on the heritability of beneficial vaginal microbes led by The University of Texas at Austin found that the presence of certain microbes, especially of the Lactobacillus species, may hold the key to reducing preterm births and the transmission of infections, such as HIV, and is heritable like those found in the gut. 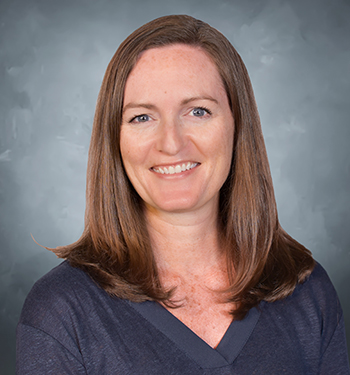 “Some Lactobacillus species are known to be associated with a lower risk of sexually transmitted infections and adverse pregnancy outcomes,” said Michelle L. Wright, PhD, RN, FAAN, assistant professor at UT Austin School of Nursing, and co-author of the article “Vaginal microbiome Lactobacillus crispatus is heritable among European American women” describing her research findings. “However, it is not known why some women harbor bacterial communities that are more likely to prevent adverse gynecologic and reproductive outcomes, including those with a high proportion of L crispatus.”

L crispatus does a much better job of keeping out a lot of bad bacteria, and a predominance of it is often considered the gold standard for vaginal health, Wright explained. Among vaginal microbiome studies, none show the presence of vaginal L crispatus in all women and most find that well under 40 percent of women harbor L crispatus as the dominant microbe in the vaginal community, depending on the population.

To find if host genetics could be contributing to which types of microbes colonize the vagina, a research team comprising Wright and colleagues at Virginia Commonwealth University compared the vaginal microbiomes of identical and non-identical twin pairs.

The VCU team and others have previously studied the vaginal microbiome in the initial human microbiome project, determining what it looks like, what the differences are between people, and if there is something that increases the risk of infection and preterm birth. From these initial steps, the team set out to determine if there was underlying genetic signature in women that might explain why some women have high amounts of Lactobacillus present and other women do not.

In the study, the team obtained a total of 380 mid-vaginal wall swabs from twin participants, including 332 twins of self-identified African or European ancestry.

“From our results, we determined that heritability of L crispatus carriage is nearly 35 percent,” Wright said. “The current study argues that genetics influence the vaginal microbiome composition, and in particular, that L crispatus is genetically favored in women of European ancestry.” 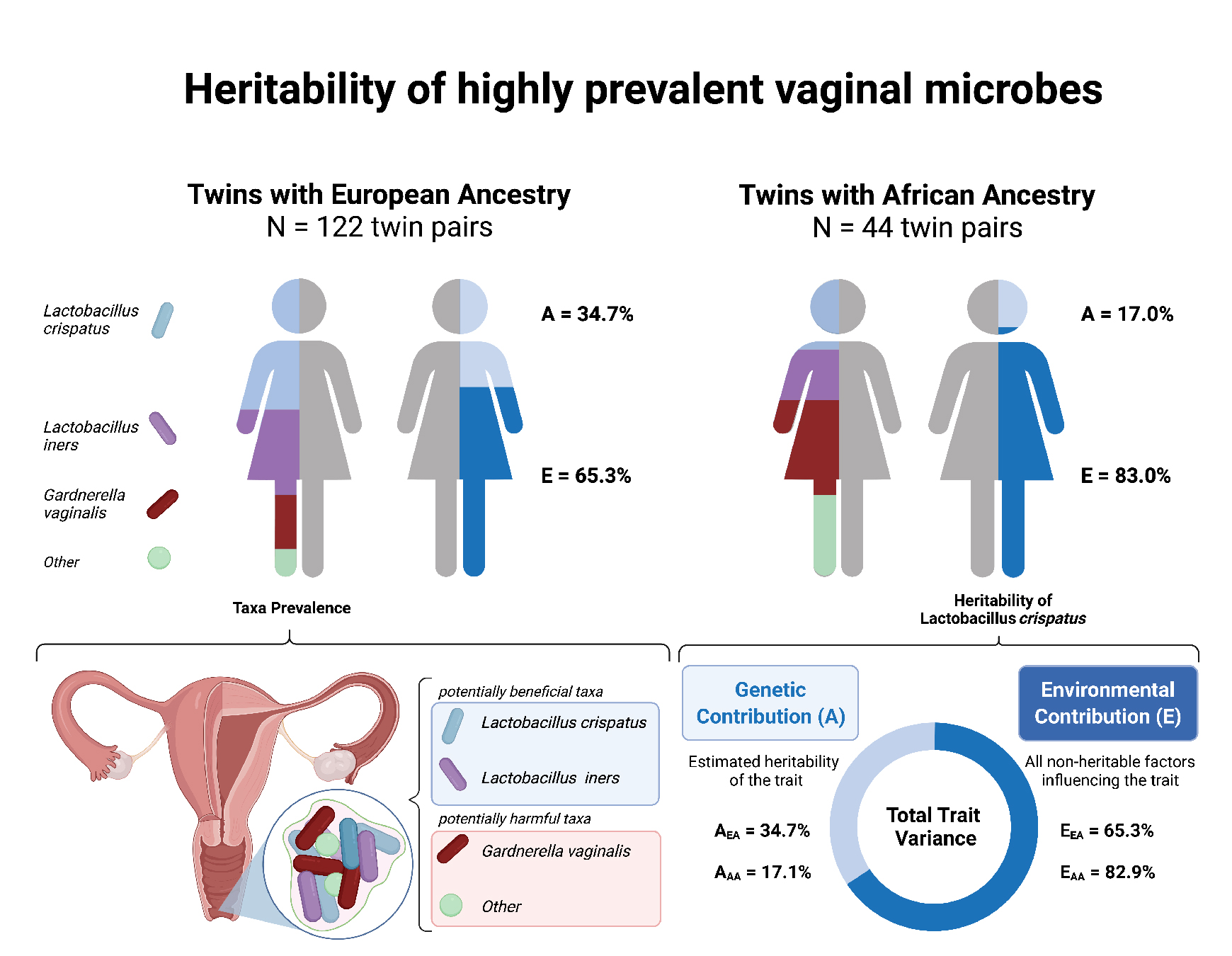 Armed with this information, Wright explained, researchers have a lot of hope that probiotic therapies may be developed capable of shifting the vaginal microbiome, but this might be dependent on providing therapies in a more precise way. Shifting to a higher proportion of L crispatus may not be as easy or effective for some women due to their genetic make-up.

“Nevertheless, heritability may explain why L crispatus is more prevalent among some women and not others,” Wright said. “Personalized approaches may be needed to ensure vaginal health for all women, such as identifying protective features of other vaginal microbiome communities.”

The study was published in the August 2021 issue of Communications Biology.