The University of Texas at Austin School of Nursing is celebrating the one-year anniversary of the unveiling of its ground floor state-of-the-art classrooms. In 2014, the School undertook an ambitious plan to evaluate current spaces and building configurations aimed at creating an upgraded site where nursing education could thrive as part of the new and evolving UT Austin health care district. Part of that plan included reconfiguring the first-floor classrooms and incorporating more flexibility and cutting-edge technology into the 1970s-era building. 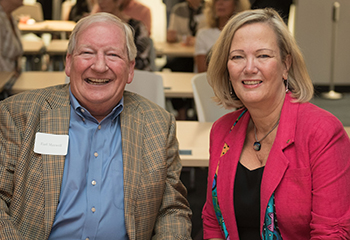 Thanks to the St. David’s Foundation, an Austin-based charitable nonprofit committed to building — literally, in this case — healthy communities and a long-time supporter of the School of Nursing, the classrooms and commons area became a reality in 2017. The Foundation’s generous grant of $950,000 enabled the much-needed classroom renovations to maximize use of the space and support interactive group learning, testing and new technologies. These modern classrooms are now facilitating contemporary teaching and learning methods for the benefit of future health care providers, educators and patients. 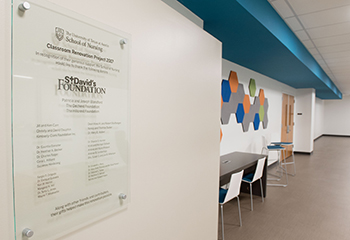 “Although the School of Nursing building is physically sound, our ability to remain technologically up-to-date has been a challenge,” said Alexa Stuifbergen, dean of the School of Nursing. “With this grant, we were able to update classrooms so that the latest innovative teaching techniques could be used, and students could participate in active learning and team-building activities.”

In addition to St. David’s, the UT Austin Office of the Executive Vice President and Provost, the School of Nursing Advisory Council, and many alumni and friends also contributed to making the project a reality. The School of Nursing is fortunate to have such a broad range of support and is looking confidently ahead to the important role it will play in transforming health care in Texas and beyond.

And it didn’t take students long to start enjoying the new areas for learning, lounging and supporting small group gatherings.

“We used to have to fight over six or eight outlets to charge our laptops in a class of 60 plus students. The chairs had incredibly small ‘tables’ attached and squeaked with our every move,” said Richy Lyttle, Jr., a recent BSN graduate. “The revamped rooms and hallways have state-of-the-art video equipment and white boards, as well as ergonomic tables and chairs that have multiple electrical outlets built into the tables themselves. These upgrades are not only aesthetically pleasing but also practical.”

“I absolutely love it!” said Teagan Albin, another undergraduate student. “The entire atmosphere on the first floor has shifted. It’s bright and airy, which has contributed to a better state of mind among the student body. The classroom layouts are more conducive to teamwork, and there are so many plugs!”

“We are grateful to all of our partners for their vision, leadership and generosity,” Dean Stuifbergen said. “Because of our shared vision, we are confident we will be able to transform health care in Central Texas and beyond.” 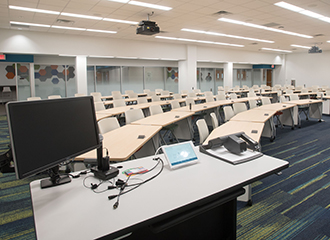 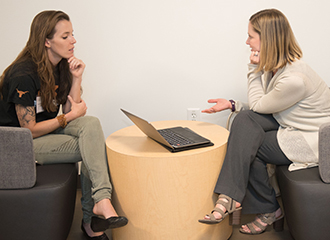