Diabetes disproportionally affects the Latinx community as a whole, and few studies have been conducted on specific disease processes in Latinx ethnic subgroups. Dr. Cuevas, a first-generation Cuban American and nurse, is developing appropriate interventions that distinguish differences resulting from migration patterns, culture, gender, economics, and political realities of each Latinx subgroup in order to establish more specific guidelines for diabetes care. She is currently working with underserved and understudied ethnic minority groups, populations with which she is helping to promote healthy living.

Cognitive impairment is a common, underdiagnosed complication of diabetes that can interfere with many individuals’ ability to adequately care for themselves. Even though management of diabetes involves a high degree of patient involvement and daily performance of several self-management tasks, many people with diabetes have never had a conversation with a care provider about how to cope with the cognitive impairment associated with the illness. 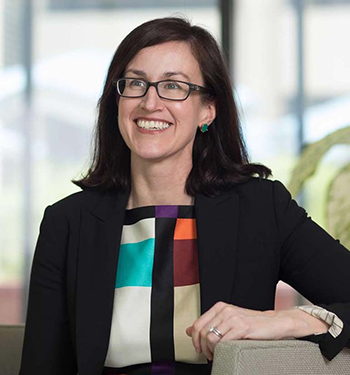 Heather Cuevas, PhD, RN, ACNS-BC, assistant professor, who is building on her clinical nurse specialist experience in endocrinology and working to rectify this, recently received a new grant from the National Institutes of Health to test a cognitive rehabilitative approach and its effect on diabetes self-management. Problems in cognitive performance, or cognitive deficits, are common in people with both type 1 and type 2 diabetes, evidenced by a slowing of mental processing speed, psycho-motor speed, executive function, and attention. In some cases, learning and memory problems also exist.

“We know diabetes has devastating effects on multiple organs in the body, and there could be several reasons why it affects cognitive function,” Dr. Cuevas said. “Despite the damage caused, however, there hasn’t been much research on how to improve cognitive function in people with diabetes.”

This intervention, developed by co-investigator Dean Alexa Stuifbergen and Dr. Heather Becker, has shown great promise as a means of improving memory, use of compensatory strategies, and performance of cognitive and instrumental activities of daily living for individuals with MS. Dr. Cuevas found that an adapted version was equally helpful for people with diabetes who suffer similar impairments.

The eight-week MAPSS-DM program includes two components: four weekly group sessions focused on building efficacy for use of cognitive compensatory strategies and a computer-assisted cognitive rehabilitation program with home-based training. Participants complete a self-report questionnaire and are asked if they are having trouble remembering to take medications and check sugar levels, all of which are critical to their well-being. They also complete a questionnaire regarding memory, executive function and self-efficacy.

In the group sessions, Dr. Cuevas teaches strategies to improve day-to-day cognitive function, such as reducing noise levels when trying to improve attention. Participants are given weekly goals and encouraged to maintain a healthy diet and exercise regimen. In addition to helping rehabilitate their cognitive abilities, the study seeks to assess the role self-management plays in improving cognitive function and vice versa, so participants are issued continuous glucose monitors that measure blood sugar levels. The data will be visible only to the researchers.

“Participants in the study are very interested in doing what they can to improve or prevent cognitive impairment. They want to know what steps they can take to improve their situation,” Dr. Cuevas said. “Many have even told me that they are so glad to hear about it. They often say, ‘No one talks to me about cognitive function and how my brain works’.”

In early 2020, she fortuitously put the sessions online to decrease barriers of time and transportation, little knowing that by spring everything would have to go online as a result of the pandemic. Her next steps include a larger scale, multi-site study in which classes are adapted to determine how the intervention can be used in a clinical setting with patients referred by providers.