AUSTIN, Texas — People with psychiatric disorders consume almost half (44.3%) of all cigarettes smoked in the U.S. and have lifespans 25 to 32 years shorter than the general population. Cigarette smoking is a major contributor to this reduced lifespan. Now, according to an article in the May issue of the Journal of the American Medical Association Psychiatry, a study funded by the National Institutes of Mental Health shows promising results in helping patients with psychiatric disorders to quit smoking. 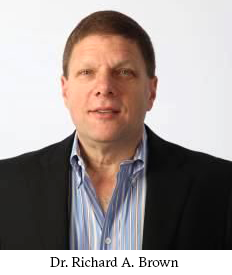 “In 2011, 1.8 million adults in the U.S. received inpatient psychiatric treatment,” said Richard A. Brown, PhD, research professor at UT Austin School of Nursing and principal investigator. “The majority of psychiatric hospitals ban smoking on their premises, thus providing patients with an opportunity to experience abstinence from smoking. By capitalizing on this time spent without smoking and using it as a “teachable moment,” we were able to motivate individuals to quit smoking and provide a means of support for their continued success after leaving the hospital.”

The five-year, evidence-based treatment with 353 randomized participants tested a sustained care (SusC) intervention against a usual care (UC) model. The SusC intervention consisted of one in-hospital motivational counseling session to motivate patients with psychiatric disorders to quit smoking, up to an eight-week supply of nicotine patches upon discharge, and a connection to the Texas Tobacco Quitline, an interactive telephone counseling service. The Quitline provided participants with an opportunity to speak to a live smoking cessation telephone counselor, as well as the opportunity to receive web-based and or text messaging quit smoking support.

The UC intervention, which both conditions received, involved brief smoking cessation information, self-help materials and advice from the admitting nurse, and an offer to provide nicotine replacement therapy during hospitalization. 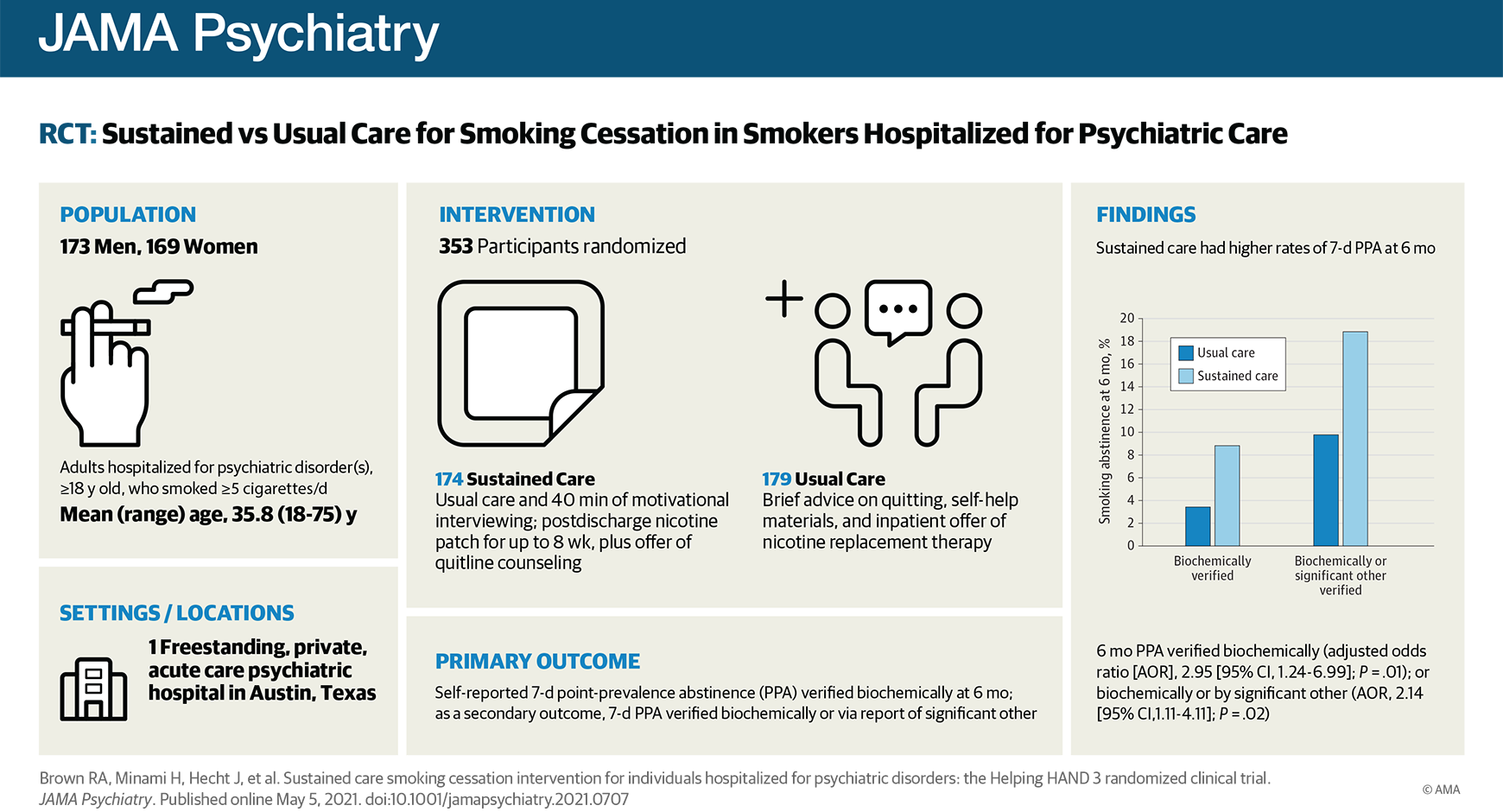 A major component of the SusC intervention was the health motivational interview, a 45-minute conversation with a counselor skilled in using this evidence-based method to help motivate individuals to quit smoking. The results of the study showed statistically significant differences between the 18.9% of individuals in the SusC intervention who were tobacco-free after six months as opposed to 9.8% in the UC group, when self-reported abstinence was verified biochemically or by significant other report.

“These findings are very encouraging,” Brown said. “We believe that, if these findings can be replicated in future studies, this intervention could be disseminated broadly and readily adopted by psychiatric hospitals across the United States.”

Brown indicated that he and his team hope to follow up with a multi-site study to replicate these findings and extend them to underserved populations.

The intervention represents an extension from medical hospitalization to psychiatric hospitalization, based upon on earlier work done by Brown’s research partner, Dr. Nancy Rigotti, professor of Medicine at Harvard Medical School and director of the Tobacco Research and Treatment Center at Massachusetts General Hospital.