At the UT Austin School of Nursing, we enjoy a good celebration, and this year we have good reason to celebrate. It’s the 20th anniversary of the St. David’s Foundation Center for Health Promotion and Disease Prevention Research in Underserved Populations (CHPR) and the 5th anniversary of the Center for Transdisciplinary Collaborative Research in Self-Management Science (TCRSS). 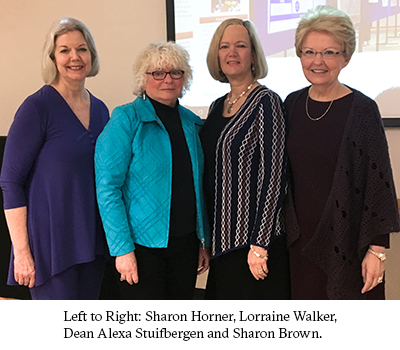 CHPR was one of 10 core centers funded by the National Institutes of Health/National Institute of Nursing Research from 1999 to 2011 with two consecutive P30 Centers of Excellence grant awards. Thanks to the hard work of Dr. Sharon Brown, director of the center for the first two years, followed by Dr. Alexa Stuifbergen for the last eight years of federal funding, and assisted by Dr. Lynn Rew and Dr. Lorraine Walker, the Center made strides in improving the health of underserved people through the development and facilitation of effective interdisciplinary research in health promotion and disease prevention intervention methodology.

As the NIH funding period drew to a close, Dr. Stuifbergen, now dean of the School of Nursing, reached out to St. David’s Foundation, a local organization that invests in efforts to solve the most pressing health challenges across Central Texas to discuss financial support. In August 2011, the Foundation made a $3 million gift to the School of Nursing to create a permanent endowment to support CHPR as an epicenter of health disparity research in the community. In recognition of the gift, the Center was renamed the St. David’s Foundation Center for Health Promotion and Disease Prevention Research in Underserved Populations. 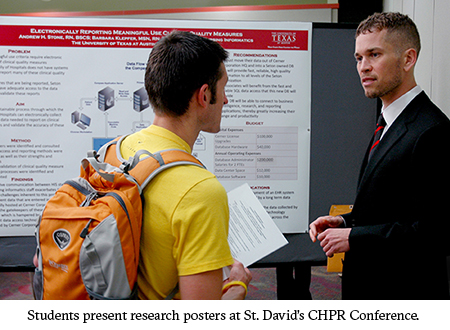 “These events and research opportunities enrich the available learning experiences for students and faculty who are involved in related research,” said Sharon Horner, PhD, RN, professor and current director of the center. “The research teams have used their pilot studies to date to obtain $15.3 million in subsequent federal funding to expand the work to improve the health of Texans.”

After Dr. Stuifbergen was appointed dean, Dr. Lorraine Walker served as director of the Center from 2011 to 2015, followed by Dr. Horner.

Although the Center for TCRSS may be a toddler compared to St. David’s CHPR, over the course of its five years of operation it has launched several successful projects and partnerships, and nurtured young scholars by providing them with pilot funding and enhancing their research portfolios. The Center was established through an NIH P30 grant in 2014 to develop, test and disseminate innovative self-management solutions to improve the health outcomes of people with chronic conditions.

Miyong Kim, PhD, RN, FAAN, and director of the Center, recently reflected on the progress made and the challenges ahead for faculty, students and community members. 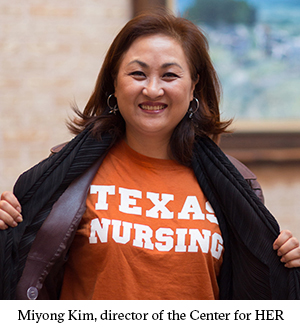 “We have developed many successful collaborations on campus and in the community that have changed the face of the School of Nursing,” she said. “We now have a vibrant core of junior faculty who are building research careers and working on very successful groundbreaking projects. We have also fostered substantial community networking that has led to multiple community-partnered grants aiming to reduce health disparities and enhance health equity.”

The Center has received grants from the Michael & Susan Dell Foundation and the City of Austin. The former helped establish a Community Health Workers (CHW) Education Institute designed to prepare lay health workers to focus on improving health and wellness and aims to connect them to paid positions in various community health systems. The Texas Health and Human Services Commission has been a partner of the CHW project and has provided access to its statewide registry of these lay workers.

The City of Austin grant was the result of a collaboration between community partners Mama Sana/Vibrant Woman and the Alliance for African American Health in Central Texas to design projects to address health care inequities. The two six-year health equity grants totaling more than $3 million were the first ever awarded by the city.

Recently the Center received a three-year, $536,000 grant from Austin Public Health (APH) to work with local churches to develop AMEN — African American Church-Based Mental Health and Wellness, a program that is reducing stigma and improving access to effective treatment through conversations about mental health. APH also awarded a one-year $175,000 contract to support the Center’s work with CHWs. 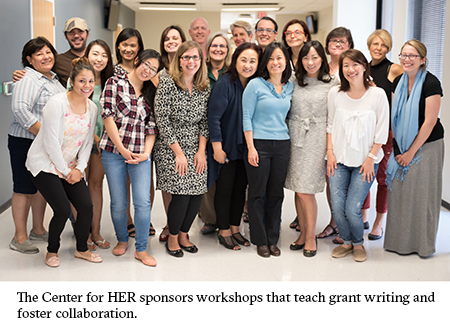 “There is a large underserved population in Central Texas who are dealing with a variety of barriers to a healthy lifestyle,” Dr. Kim said. “It’s a really complex problem, and just one discipline is not going to be able to manage it. Someone needed to build a bridge between researchers, outside agencies, government entities and the community. The Center for TCRSS has done that and created a formal space for researchers of different disciplines to explore treatments tailored to the needs of underserved communities that address the external factors influencing health.”